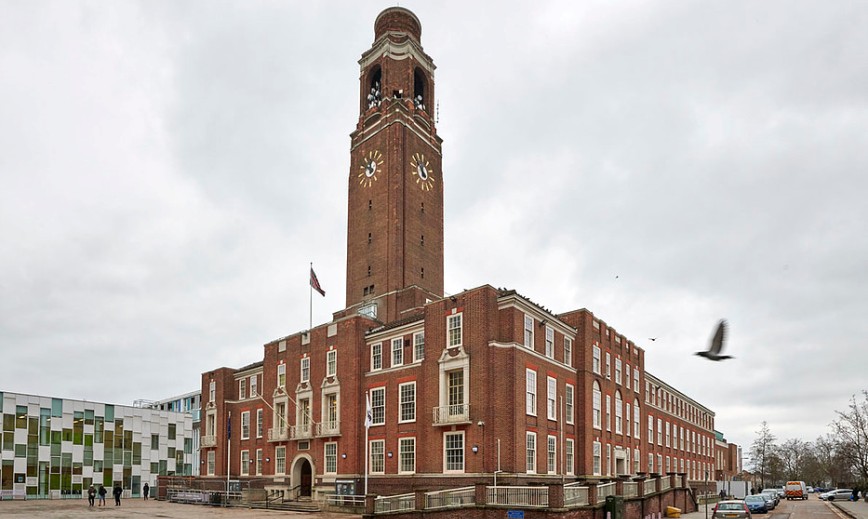 The project comprised of a multi phased refurbishment and alterations to the existing 1950’s town hall in the centre of Barking. The original design of the town hall originated from an architectural competition in 1936, however with only the basement progressed when the Second World War commenced, the project was put on hold. The basement was used as an air raid shelter, decontamination centre and air raid precaution (ARP) headquarters during the war years. Rebuilding work resumed in 1954 and was carried out by the Council’s Direct Works Organisation, and at the time was believed to be the largest civic scheme in the country being built by a council workforce. The building officially opened in December 1958 at a cost of £476,000.

During the last few decades, the building has been the subject had many upgrades and refurbishments of various areas, however this is comfortably the most complex and extensive improvement programme that has ever been undertaken within the building. The scheme necessitated major structural work including the removal of most internal masonry walls and the installation of a bespoke steel frame creating new open plan office space, toilet cores, meeting rooms and tea points. The project was logistically challenging as the existing M&E services had to be adapted to facilitate the extensive demolition and construction works whilst also maintaining services to the remainder of the building and adjoining Broadway Theatre which remained in occupation by the council carry out their normal activities for the duration of the works. The scheme now boasts a new incoming power supply and mains panel installation. The mechanical and electrical design and integration with the existing services incorporated changes to both hot and cold water and heating from a gravity system to a pressurised system. Also, maintaining the existing heating plant and installing a new perimeter heating system throughout the building, drainage & domestic water adaptions, new lighting and power from existing boards, integrating the BMS to the new plant, upgrading the fire alarm and security systems, and incorporating new ventilation and VRF systems were all key features of this development.

London Borough of Barking and Dagenham 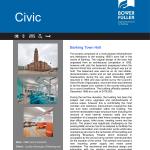