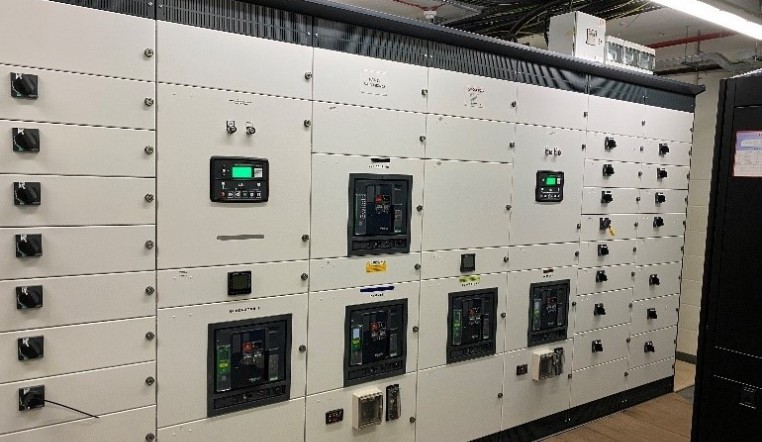 Working with Powertecnique we were part of the installation team tasked with removing and renewing the 2Mva switch board for Axa Insurance Group in the Brooke Lawrence office block in Ipswich.

The planned changeover of the 25 year old panel was undertaken over the course of a weekend which was quite a challenge due to the size and complexity of the electrical system in this building. The main reason for the changeover was to introduce modern technology with the new panel. Additionally, spares have become no longer available for the existing panel in a building where uninterrupted power is critical for the user.

We initially provided site surveys to establish the most effective programme of works and logistics with Powertecnique and their panel manufacturer. This included assessing the hour-by-hour installation to ensure the various stakeholders were able to efficiently carry out their package of work during the restricted shut down period and throughout the 24 hour shift working patterns that were necessary. Site welfare facilities and temporary power/lighting layouts for the scheme were supplied by ourselves. Our scope of work on the project included the removal and identification of all in and out-going cables from the existing panel, and setting them aside in such a way that allowed the new panel to be brought in. In parallel with the new panel being installed by the manufacturer, we re-glanded and terminated the cables into the panel. Whist these works were ongoing, we also had the task of removing a sub-distribution board previously contained within the existing panel and relocating it to an adjacent wall of the switch-room with its own distribution arrangements within the new panel. Following a regime of retesting the new installations, the project was successfully re-energised.

AXA, in conjunction with CBRE & Powertecnique 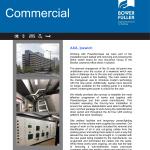